SAMSUNG SHOWS ITS COLORS AT KADEWE –
THE LUXURY STORE.

After the first Samsung store was successfully launched at the end of 2012 in Frankfurt Main, SAMSUNG Germany decided that it was time, in cooperation with its service partner, to open additional stores.

Cheil was in charge of transforming this idea into a corresponding strategic guideline for the acquisition of locations and a concept for designing the sales areas as a flagship or luxury store.

“We’d like to express our thanks to Cheil and SAMSUNG for their trust.”

Based on previous successful collaboration, Cheil put the company P.O.S. Creative Media, which took on the role of a general contractor, in charge of the project “Site development and store expansion.”

Our mission: adoption of Cheil’s concept planning, controlling and monitoring of implementation planning, time and quality management, and coordination of all subcontractors including shop construction, which had previously been jointly coordinated and contracted by Cheil and by us.

As a result, within a short period of time – from January 2014 to May 2014 – two flagship stores were created in Neuss and Oberhausen, and the first SAMSUNG Luxury Store in Europe was established in KaDeWe in Berlin.

We’d like to express our thanks to Cheil and SAMSUNG for their trust. 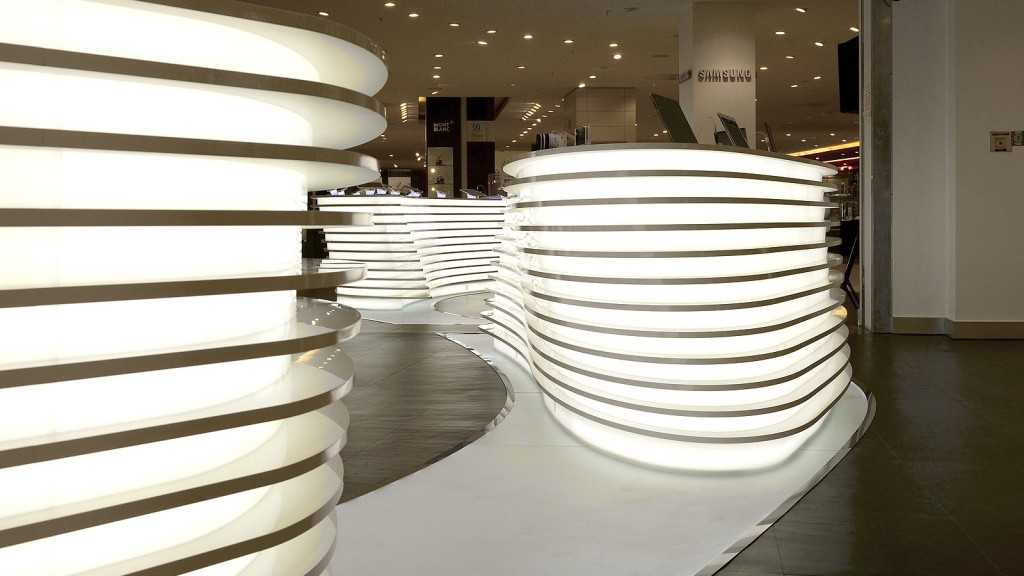