In Hamburg, VORWERK no longer comes knocking! The challenge was to get this message across to Hamburg residents, and to invite them to visit the flagship store. Until now, sales of VORWERK products had only been conducted by door-to-door salesmen and saleswomen.

The agency Hering Schuppener commissioned us with the conception and implementation of individual promotion modules within a larger experience communication strategy. 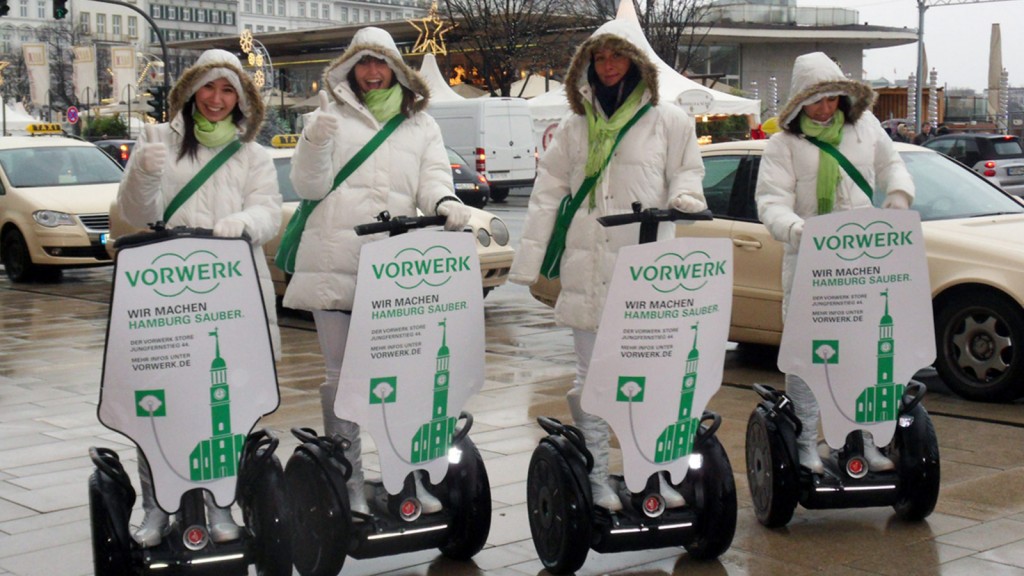 In the evenings leading up to the opening, we went into action. A team of “projection men” was deployed throughout Hamburg’s Alster district to project the message of the grand opening onto building facades in a big way.

On opening day, two mobile promoters on Segways distributed sweepstakes flyers and merchandise to publicize the opening of the flagship store.

These initiatives ensured widespread attention and effective publicity for the store launch, and despite the usual Christmas shopping madness, the store was well-attended.

Christian OttoVorwerk City Promotion | Promotion01.23.2015
To improve the use of our website, we use cookies and Google Analytics. Your consent is voluntary and can be revoked at any time! Further information can be found in our privacy policy.OkayNein