The taste of tomorrow.
Connected life. 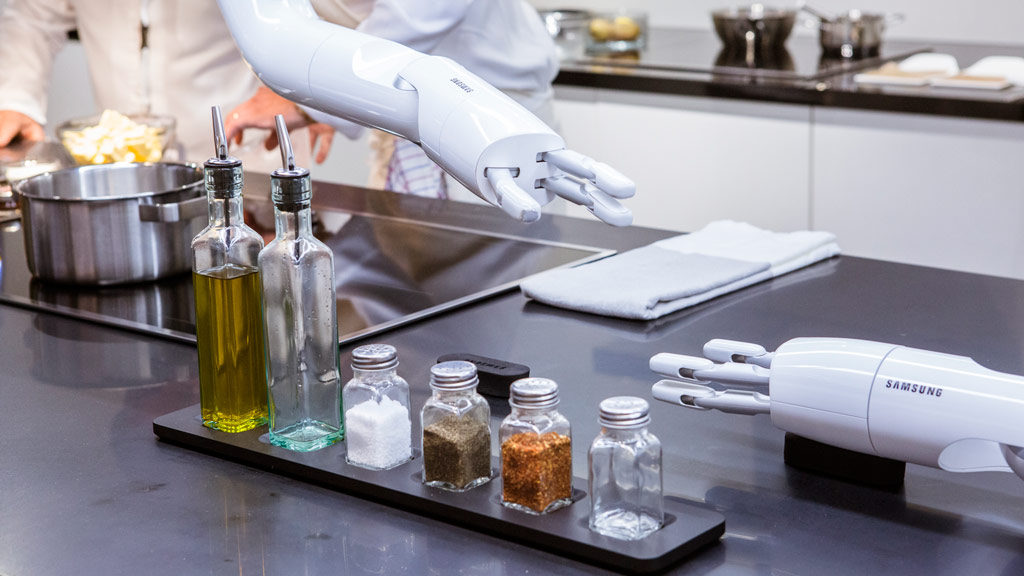 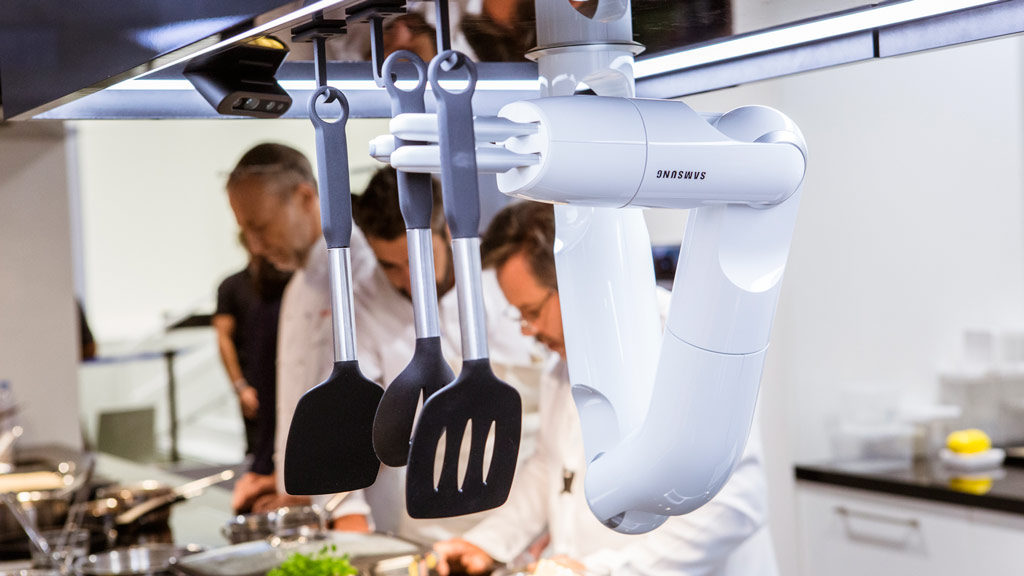 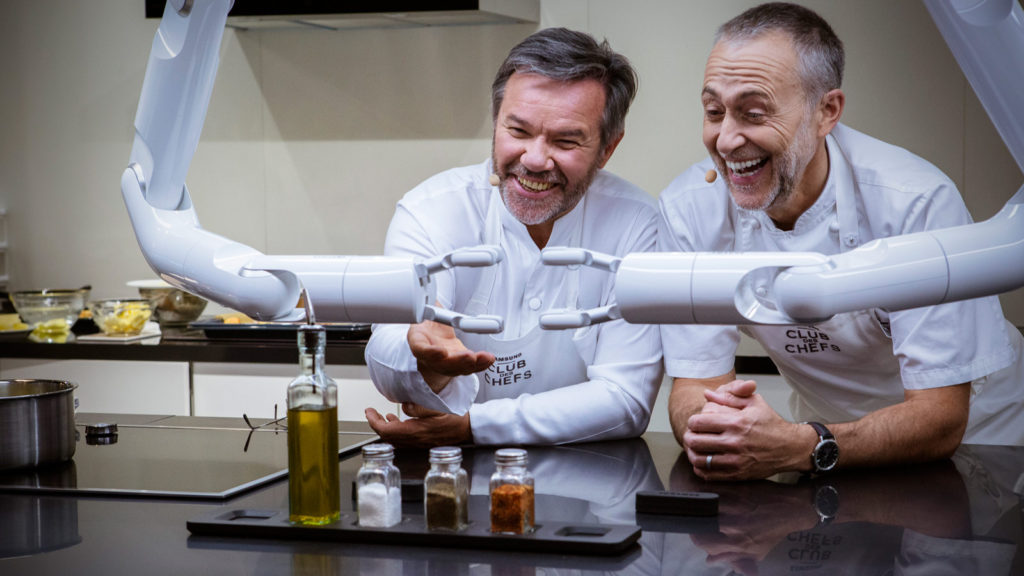 Samsung has a broad product portfolio in the field of IOT home appliances. In order to illustrate how these products interact both with each other and with people, we implemented the customer’s event concept from the event planning to the final implementation. The result was individual live shows with influencers that took place several times a day and that were steered and coordinated with the help of a precise sequence and image direction. Through the individually designed experience areas, the motto Connected Living and the respective product features could therefore not only be experienced by the trade fair visitors on site, but also online by the respective communities. 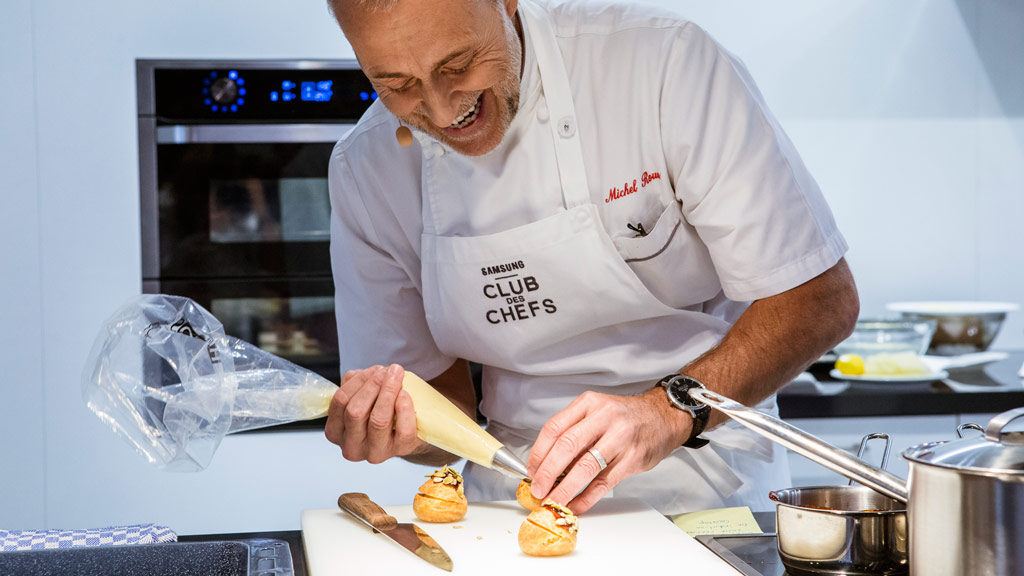 The highlight among the innovations was Samsung’s Bot Chef – a kitchen assistance robot of the future. To demonstrate the promising functions of the new kitchen robot to the guests of our cooking shows, we hired two celebrity chefs from Samsung’s own innovation program “Club des Chefs”, for whom we have already on several occasions provided support and food & beverage management. Together with the Bot Chef, the two professional chefs Michel Troisgros and Michel Roux Jr. conjured up haute cuisine in the “Kitchen of Tomorrow”, which could be tasted live on site.

Speaking of trying new things – we also for the first time had to take a kitchen robot into account while organizing  the operational direction, stage management and control of the trades. The only thing he really wasn’t any help with was dismantling. I guess some things never change.

Life writes the best stories, and anyone who doesn’t report on them on the web these days loses relevance. In order to not only reach the trade fair visitors on site, but also other target groups, we for the first time also organized live cooking shows with influencers in addition to the exclusive cooking shows with the “Club des Chefs” celebrity chefs. From casting to project management and implementation, we brought brand, multipliers and communities together.

We would like to thank our long-standing customer Samsung for their trust and courage and are happy to have found the perfect brand ambassadors in Mirja and Jens Glatz from “Kochhelden.tv”. 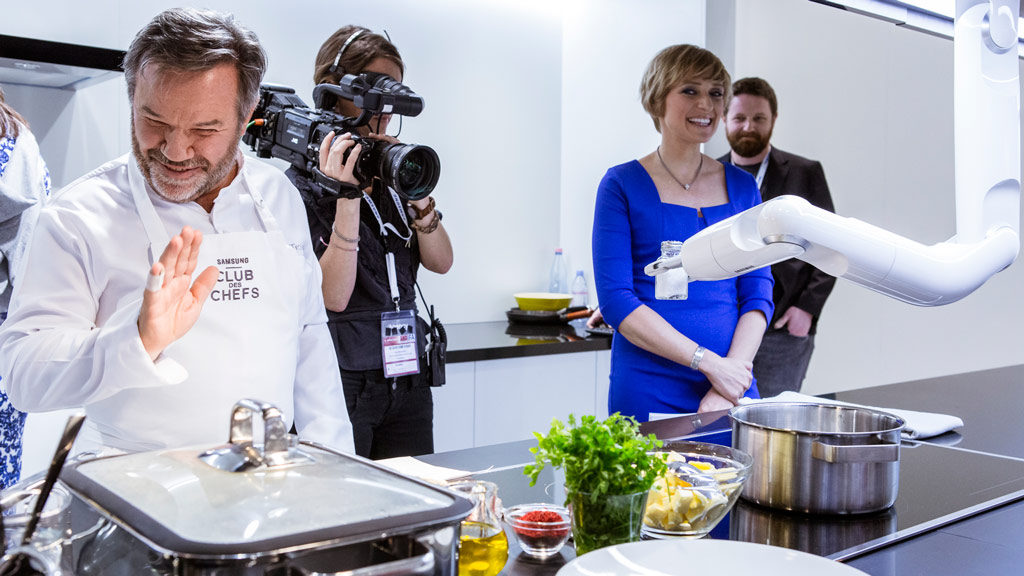 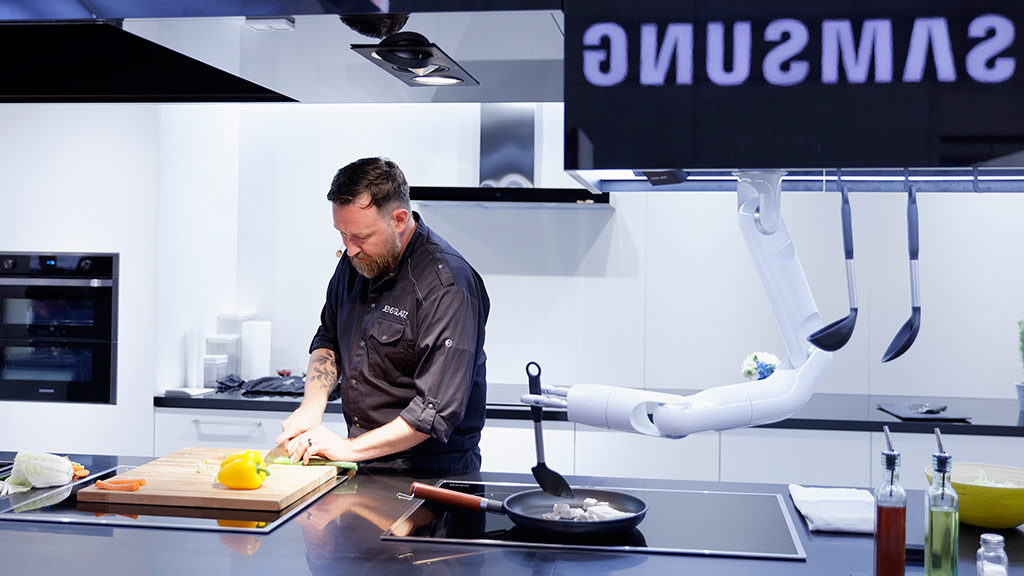 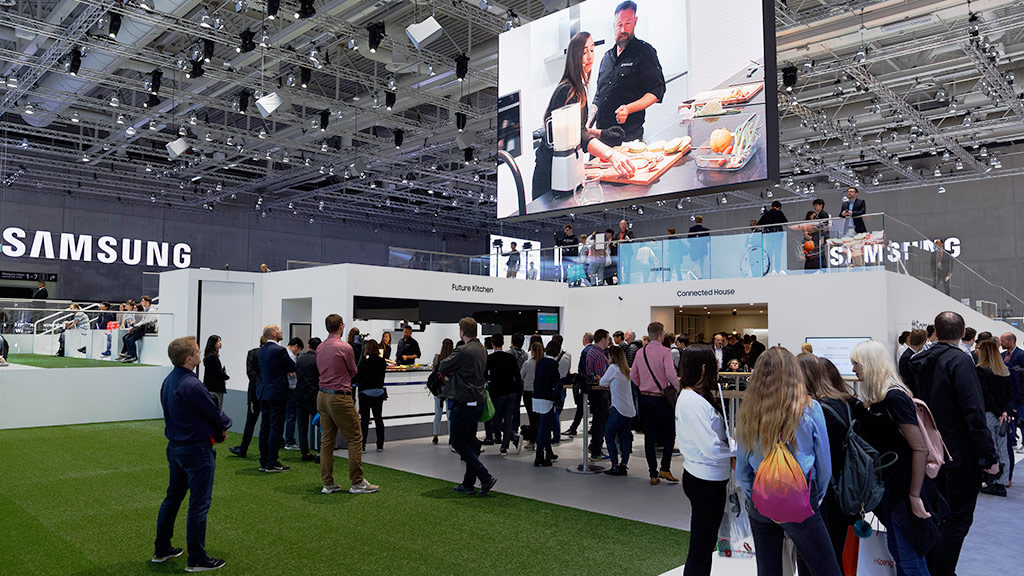 Christian OttoSamsung – IFA 201901.19.2021
To improve the use of our website, we use cookies and Google Analytics. Your consent is voluntary and can be revoked at any time! Further information can be found in our privacy policy.OkayNein