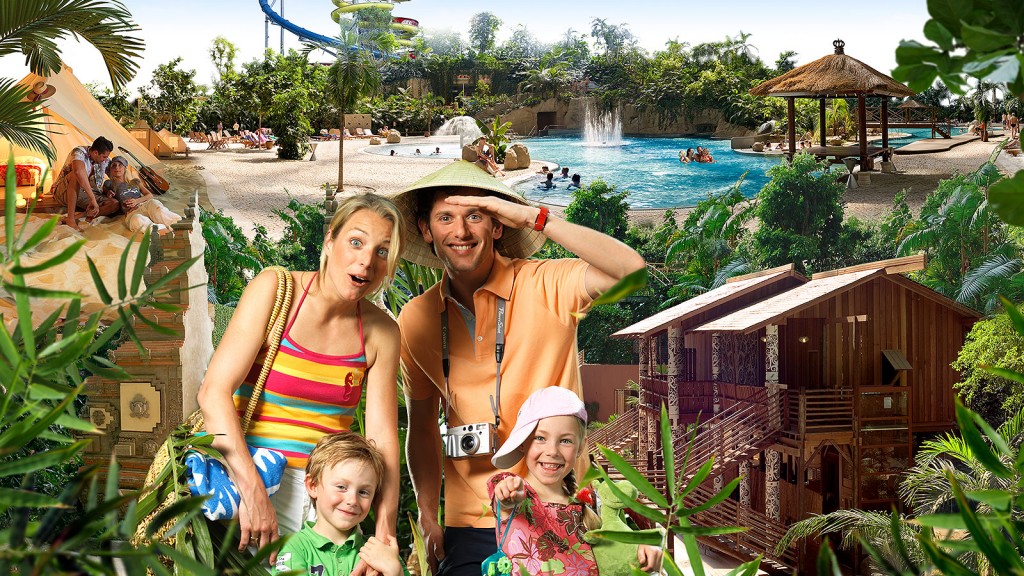 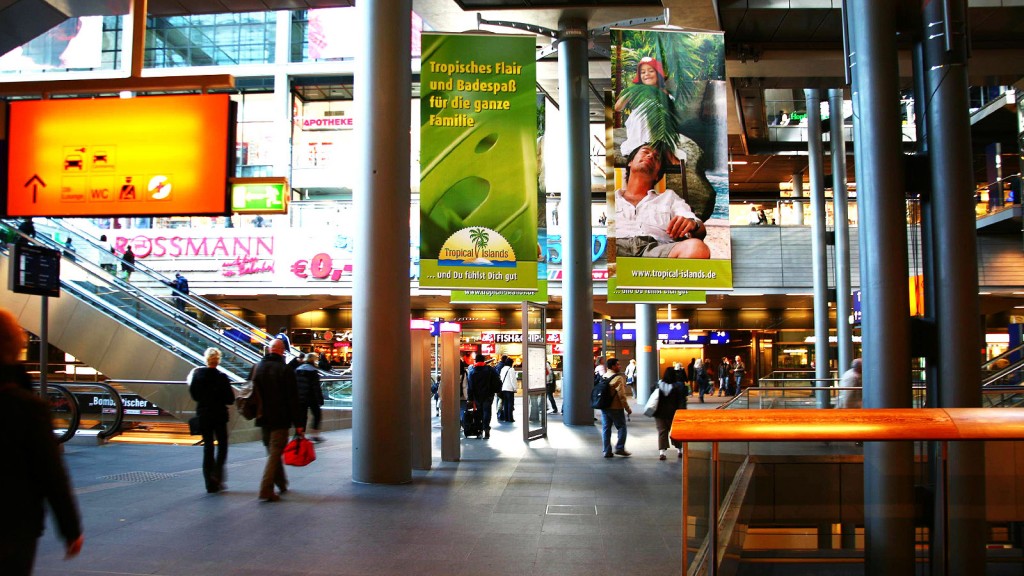 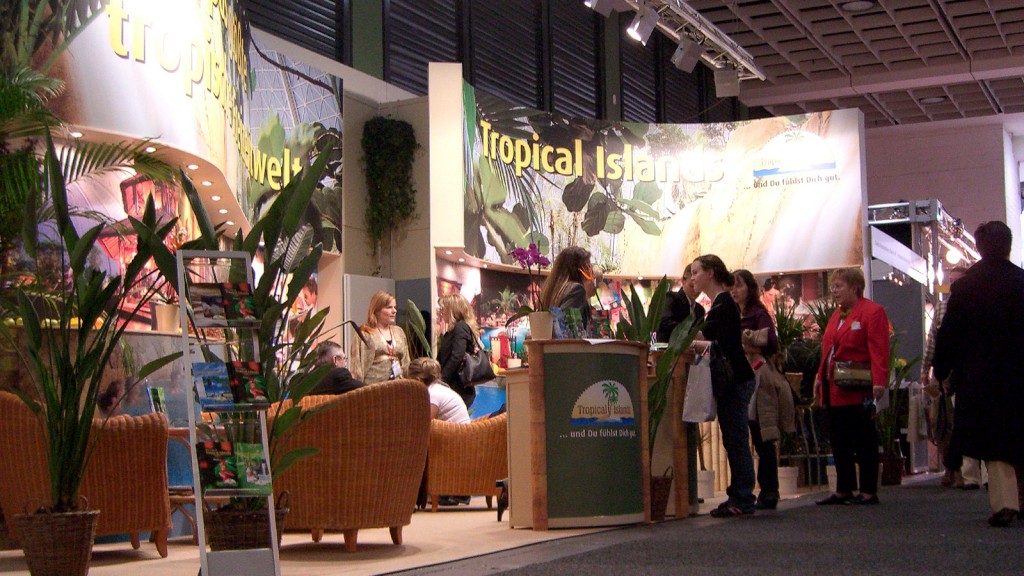 “Tropical Islands,” Europe’s biggest tropical holiday resort, entrusted us with the nationwide campaign to enlarge its catchment area. We took up the challenge and set about to quench Germany’s thirst for travel.

After synchronizing the classic advertising channels with the online segment in a holistic communication campaign, we began live communication and launched the first Tropical Islands Roadshow in 2007. 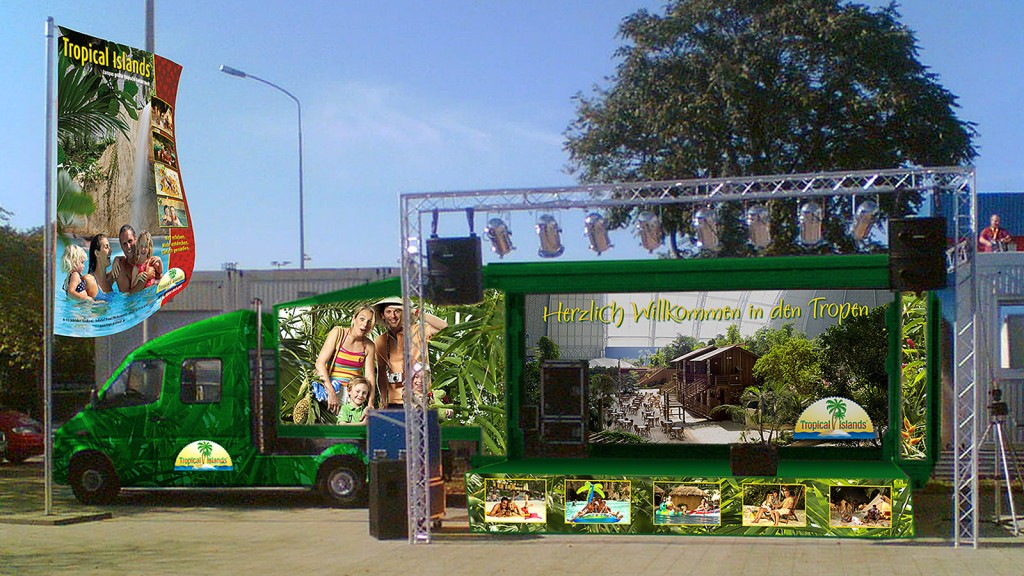 “The result was “holiday fever” across the country”

The result was “holiday fever” across the country, accompanied by an activation of key target groups and the building of a long-term customer base.

Subsequently, in 2007 and 2008, we took over exhibit management and promotion at trade fairs such as the annual ITB in Berlin.

A particular highlight here was the integration of a radio studio into the stand, which broadcasted regular live shows and reports on the trade fair in cooperation with a prominent Berlin radio station. The “Tropical Islands Studio” also served as a base for promotional events both on and off the air.

It was a real pleasure to bring about measurable success during our years of cooperation with “Tropical Islands.” According to media reports, the destination resort saw a significant increase in visitors already by the year 2008. 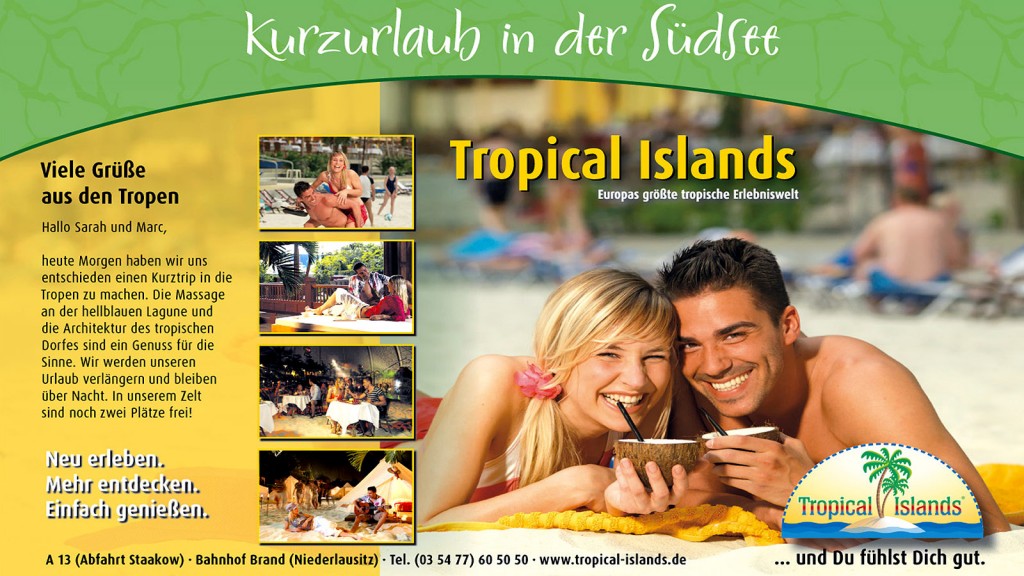 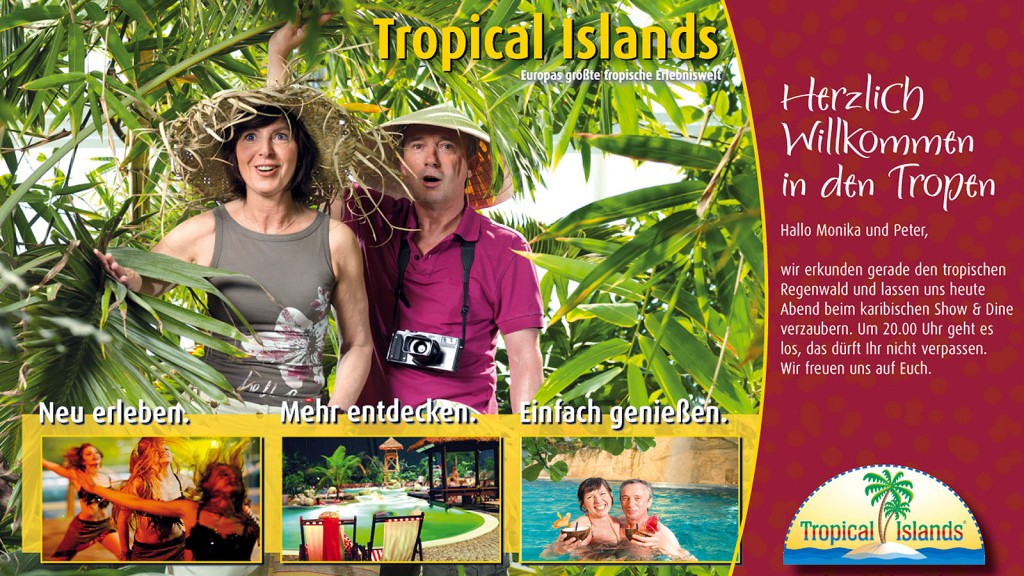 Christian OttoTropical Islands | Media | Promotion | Trade Fair01.23.2015
To improve the use of our website, we use cookies and Google Analytics. Your consent is voluntary and can be revoked at any time! Further information can be found in our privacy policy.OkayNein